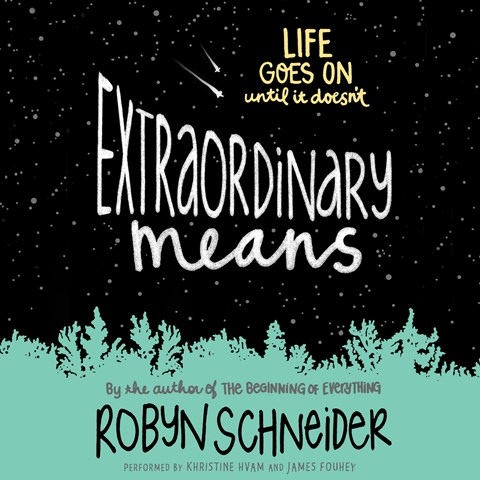 Narrators Khristine Hvam and James Fouhey are well cast in their dual narration of the interwoven story of Lane and Sadie. In the not-so-distant future, a virulent strain of tuberculosis is sweeping the U.S., and the two teens have been confined to a residential facility. James Fouhey portrays the newly arrived Lane, defining him by his drive, wit, and innocence. In contrast, Khristine Hvam’s Sadie is sarcastic, jaded, and angry. Most of all, she’s angry with Lane for a wrong he never committed. But it’s not long before their truer emotions emerge, and the two are delighting in first love. Then comes the announcement of a possible cure—threatening everything. S.W. Winner of AudioFile Earphones Award © AudioFile 2015, Portland, Maine [Published: JUNE 2015]