Home»Reviews»THE INVASION OF THE TEARLING 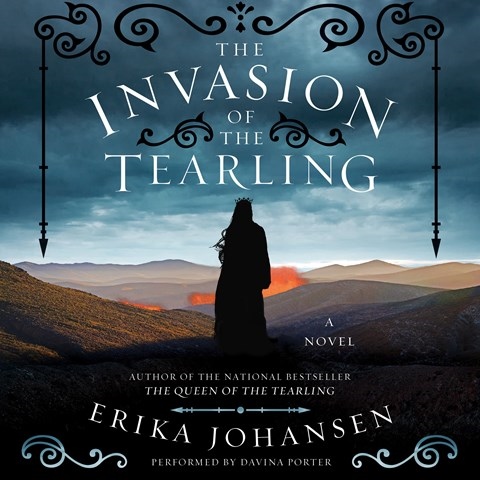 THE INVASION OF THE TEARLING The Queen of the Tearling, Book 2

This sequel to THE QUEEN OF THE TEARLING is a complex weaving of the stories of Kelsea, the current Queen of Tear, and Lily, who was alive in the 21st century when a portion of America crossed over to a pre-technological society at the time of the founding of the Tear. Davina Porter assists the listener in keeping the storylines straight as they gradually converge. Her portrayal of Kelsea is nuanced and inviting. Porter draws on the feisty and passionate nature of the 19-year-old queen, particularly in her sparring with the condescending leaders of the church who, while unduly concerned with prudish morality, contribute little to the well-being of the people. Porter’s engagement with the characters and plot is contagious. J.E.M. Winner of AudioFile Earphones Award, 2016 ALA Media Award © AudioFile 2015, Portland, Maine [Published: JULY 2015]