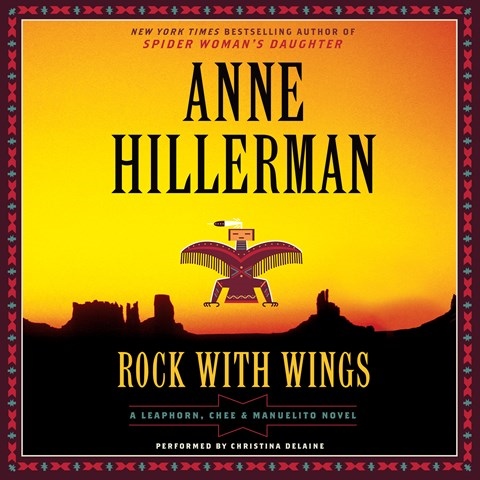 Anne Hillerman, daughter of the late Tony Hillerman, continues his popular mystery series featuring Joe Leaphorn and Jim Chee of the Navajo police. Both Leaphorn and Chee appear alongside the audiobook's protagonist, Navajo police officer Bernadette Manuelito. Narrator Christina Delaine's attractive alto voice engages the listener. She carefully uses different accents and pitches to differentiate the characters amid the spare dialogue and seems comfortable pronouncing Navajo terms and place names. This is the second of the younger Hillerman's mysteries. It appears the elder gave his daughter the secret formula for the Chee/Leaphorn books. If anything, the younger Hillerman pays even more attention to Navajo language and custom. F.C. © AudioFile 2015, Portland, Maine [Published: JULY 2015]