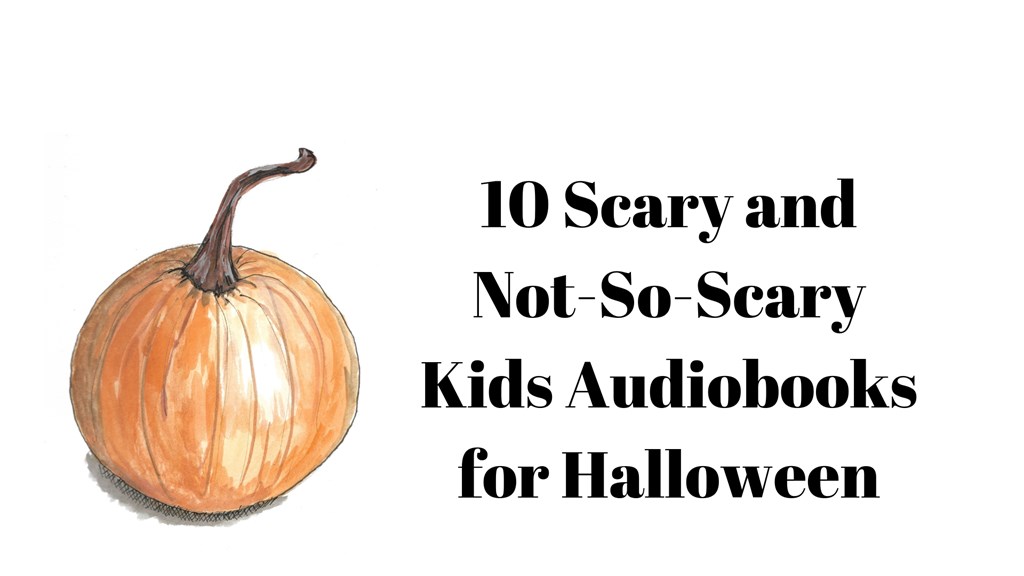 Some people love to be scared at Halloween. I was never one of them. While for my friends, October means breaking out frightening stories of ghosts and ghouls, I prefer my Halloween listens to be cozy and maybe slightly spooky, but definitely on the tamer side of terrifying.

Here are some atmospheric stories perfect for chilly fall nights to get kids in the mood for Halloween—without being too scary. 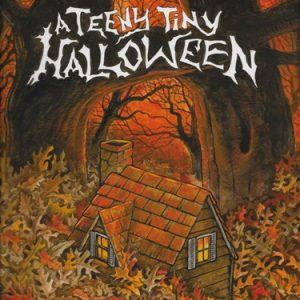 Listeners will settle in for a Halloween-focused story that is fun and not too frightening. Narrator Elisabeth Rodgers quietly yet firmly emphasizes the words “teeny tiny,” while gentle music and sound effects of rustling leaves evoke the autumn night. What will the teeny tiny woman find under the huge pile of leaves? Halloween surprises await! 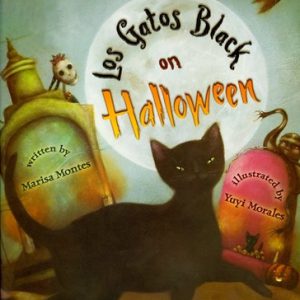 The spirit of the Halloween season is evoked in this fun and evocative audio rendition by Maria Conchita Alonso. Background sounds of yowling cats and groaning monsters will inspire kids’ imaginations, and an array of Spanish words fills the story. 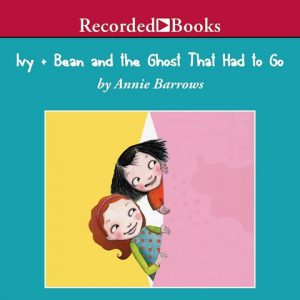 IVY AND BEAN AND THE GHOST THAT HAD TO GO
by Annie Barrows, Read by Cassandra Morris
Ages 6+

With her youthful tones, Cassandra Morris captures the voices of second-graders Ivy and Bean, who believe they have discovered a ghost in the girls’ bathroom at school. Morris’s narration delivers all the humor and drama of the girls’ scheme to expel the ghost with their imaginative exorcism. 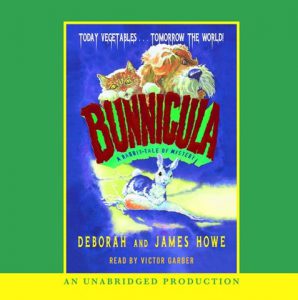 When vegetables turn up drained of their juices and the new pet bunny is observed sleeping all day and prowling outside his cage at night, Chester the cat suspects the rabbit of being a vampire. Chester’s attempts to prove his suspicions end in uproariously funny stories. Victor Garber is exceptional as he gives each human and animal character a distinct voice and identity. 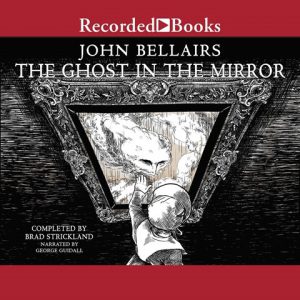 THE GHOST IN THE MIRROR
by John Bellairs, Read by George Guidall
Ages 8+

From the author of The House with the Clock in its Walls, this mystery takes listeners 200 years back in time as the witch Mrs. Zimmerman and Rose Rita encounter hexes, black and white magic, ghosts, and sorcery of all kinds. Guidall depicts the delightful heroines as effectively as the frightening evil characters. This charming and beloved Gothic ghost story will appeal to the whole family. 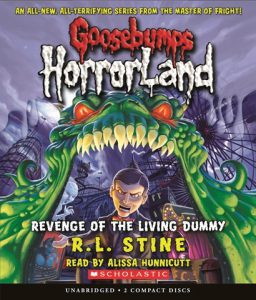 Fans of the Goosebumps movies will want to listen to the HorrorLand audiobook series, but while they are silly and fun like the movies, younger listeners may find them a bit scary. The series depicts a group of kids who enter a terrifying theme park called HorrorLand. There, the children must learn to stand together, forging unlikely allies, if they’re to make it out alive. The narrators in each episode deliver convincing accounts of children caught in the spookiest situations, and appropriate sound effects and music ratchet up the experience. 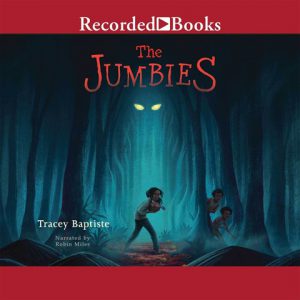 THE JUMBIES
by Tracey Baptiste, read by Robin Miles
Ages 10+

When a beautiful woman named Severine bewitches Corinne’s father, and evil creatures attack her village, 11-year-old Corinne and her friends try to help. Through friendship, loyalty, and bravery, Corinne discovers she has a special power. Elements from traditional Haitian folk tales give this evil witch story a multicultural twist, and narrator Robin Miles is at home voicing characters from the diverse cultural backgrounds. See also the sequel Rise of the Jumbies. 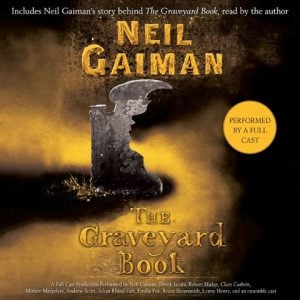 This macabre Newbery Medal winner tells the story of Bod, a young boy who is raised in a cemetery by ghosts after his parents are murdered. A brilliant ensemble cast transports listeners to the eerie world of Bod and his graveyard family. 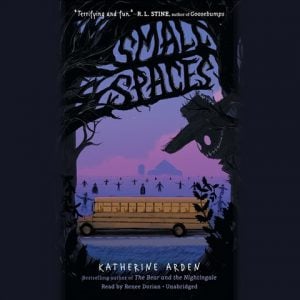 It is a sunny October day when Ollie steals a book from a hysterical woman trying to destroy it. As Ollie reads of a long-ago devil’s bargain, she realizes it is the true history of the farm where her class is on a field trip. On the way home, the school bus breaks down, and the creepy driver advises: “Best get moving. At nightfall they’ll come for the rest of you.” Dorian gives the driver a gruff monotone that makes him even more terrifying in this atmospheric horror story where scarecrows come to life, and the “smiling man” devil lurks in the center of a corn maze. 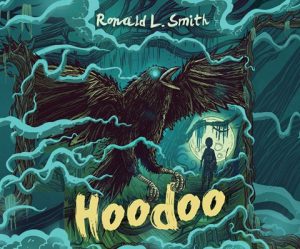 At age 12, Hoodoo is the only one of his family in rural Alabama who can’t cast even a simple spell. But when a creepy Stranger comes to town, Hoodoo begins to feel his first thrill of occult power. The chilling supernatural plot will appeal to readers who like the scarier elements of Harry Potter. Narrator Ron Butler conveys the naïve playfulness of 12-year-old Hoodoo, but is also frighteningly believable as the deep-voiced Stranger. Spine-tingling and comical by turns, Ronald L. Smith’s atmospheric winner of a 2016 Coretta Scott King Award is terrific family listening.

October means breaking out spine-tingling ghost stories and eerie mysteries that make you want to hide under a cozy blanket. Here are some atmospheric stories perfect for chilly

The Asian immigrant experience, family dynamics, and making friends in a new town collide with Korean mythology in the 2021 Newbery Medal-winning WHEN YOU TRAP A TIGER about a

With COVID-19 protocols changing day-by-day, we are optimistic for an in-person back-to-school this year. At the same time, many of us are extra nervous after the long year of

The Power of Stories of New Americans for Young Listeners
AudioFile Editors | 05.11.21

AudioFile was delighted to host a conversation about the power of immigrant stories of New Arrivals and New Americans, and how listening to those stories as audiobooks can 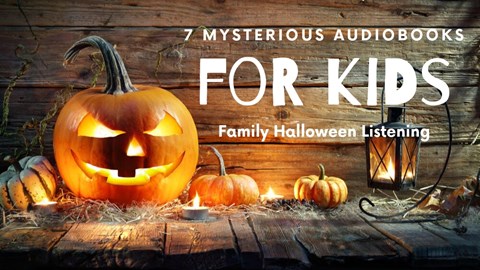 7 Mysterious Audiobooks for Kids
Sonja Cole | 10.05.19
What is more fun as the days shorten in October than escaping into a mystery complete with intrigue, secrets, puzzles, and plot twists? These audiobooks are perfect for family