What makes someone a monster? What does it mean to be a monster? Is a monster something to fear or something to celebrate? I recently listened to Maria Dahvana Headley’s new translation of BEOWULF, and I’ve been thinking about monsters ever since. So this month I’m highlighting three audiobooks that explore not only what it means to be a monster but why monster stories hold so much sway and have for centuries. 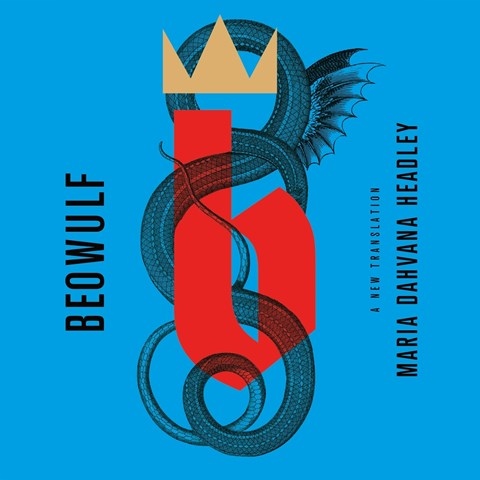 If you’ve been avoiding listening to BEOWULF because it sounds like stuffy old poetry, or because you were forced to read it in school and were bored to tears, I implore you to give this new translation a listen. Headley breathes new life into the epic, somehow capturing its timeless music with language that is entirely modern. JD Jackson’s spectacular narration is vivid and buoyant. “Bro!” he exclaims, in a tone that’s familiar, arrogant, and inviting all at once. Jackson’s perfect narration paired with Headley’s creative translation make for one powerful audiobook.

BEOWULF is an epic about monsters and warriors and kings, humble leaders and greedy ones. But what makes someone a monster and what makes someone a warrior isn’t always so clear-cut, and Headley leans into that messy contradiction. Her word choices reflects the complexity of each character. Beowulf often speaks in a kind of dudebro lingo, especially in his youth, while Grendel’s mother’s laments have a fierce, immediate rhythm. Headley’s distinctly modern phrasing, captured so beautifully in Jackson's performance, gives the poem a sense of urgency. Monsters—and especially what they represent in culture and literature—have changed over the centuries. This version of BEOWULF isn’t just a delightful auditory experience; it’s also a book that will make you rethink the whole idea of monsters, and the ways monstrosity is connected to loyalty, masculinity, power, and freedom. 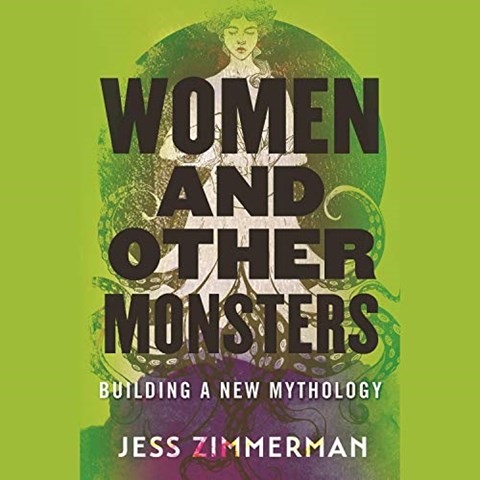 If you’re intrigued by the idea of monstrosity and how it plays out in ancient and modern culture, another fantastic audiobook to pick up is WOMEN AND OTHER MONSTERS by Jess Zimmerman, read by Vanessa Moyen. In this collection of essays, Zimmerman examines some of the most famous female monsters from Greek mythology and the traits that make them monstrous: hunger, anger, ambition, ugliness. She then explores how these monstrous attributes affect women today, offering a fresh, feminist interpretation of monstrosity itself. Embracing, even celebrating, the monstrous, Zimmerman argues, is one path to liberation from misogyny and sexism. She blends personal stories from her own life with an analysis of mythic monsters such as Circe, Medusa, and the Furies. It’s a lively and thought-provoking audiobook with a distinct viewpoint: that female monsters are often reviled because they refuse to be caged, coerced, and made small. Vanessa Moyen’s excellent narration captures all of the rage, exhaustion, and passion contained in the prose. 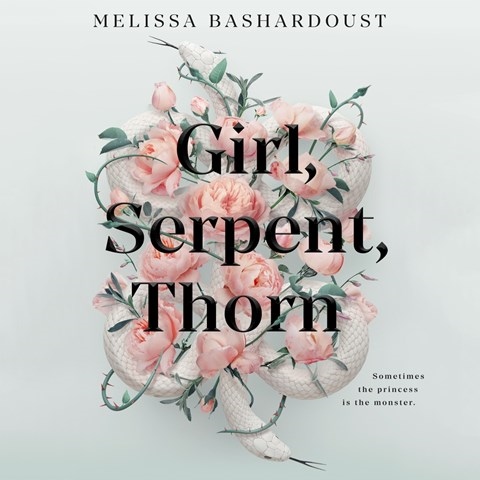 Finally, I want to highlight an audiobook that takes all of these ideas about monsters and weaves them into a mesmerizing YA fantasy. GIRL, SERPENT, THORN by Melissa Bashardoust and read by Nikki Massoud is a fairy tale retelling based loosely on the Persian epic The Shahnameh. Soraya is a princess who’s spent her whole life in isolation, even from her own family, thanks to a curse she received as a baby that makes her skin poisonous to anyone who touches it. She’s grown up believing herself to be a monster because that’s the story she was given. When she learns that a div—a demon—who might be able to help her reverse the curse is being held in the palace dungeons, she decides to risk her own safety—and that of others—for a chance at freedom. It’s a beautiful story about a young woman finding her voice, and discovering what it truly means to be—or not be—a monster. Nikki Massoud’s engaging narration adds another layer of depth to the story; she captures the humanity of each character with a unique voice. Nobody in this novel, from Soraya to her parents to the div she turns to for help, is wholly good or evil. As she slowly untangles everything she thought she knew about the world, Soraya realizes that there’s a little bit of the monstrous in everyone—and maybe that’s a good thing.

Fall is a big season in publishing, and AudioFile's Editors are eagerly looking ahead to October's new audiobooks. From Stanley Tucci to Billy Porter to a collaboration

This month, I’m excited to highlight three recent audiobooks that explore relationships between children and adults that are not as simple as biological parent +

Before diving into this month’s article, I wanted to introduce myself. My name is Laura Sackton, and I’m a freelance writer and book reviewer, and listening to