Home » Articles » Audiobook Mysteries That Are All About Mom 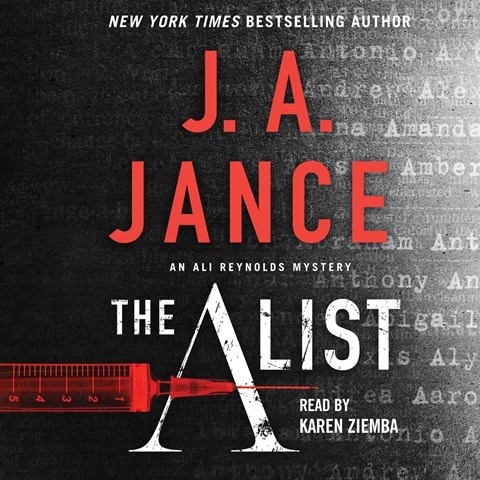 Audiobook Mysteries That Are All About Mom 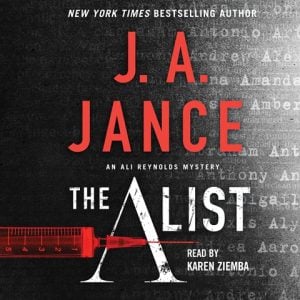 Mothers and crime fiction—it doesn’t exactly bring to mind the Hallmark version of Mother’s Day. Yet mystery authors find mothers to be a great source of motivation for their murder plots. I was struck by this while listening to J.A. Jance’s THE A LIST, narrated by Karen Ziemba. This audiobook features women who, desperate to become pregnant, use the services of a corrupt fertility doctor and end up paying the price of giving birth to children with serious genetic diseases. When the doctor is finally brought to justice, his mother uses her extensive financial resources to exact revenge against those whom she feels unjustly put her son behind bars. Earphones Award winner Ziemba masterfully performs all of the mothers, running the full gamut of “motherly” emotions from nurturer to protector to the extreme of “willing to kill for,” all in desperation to save their children. 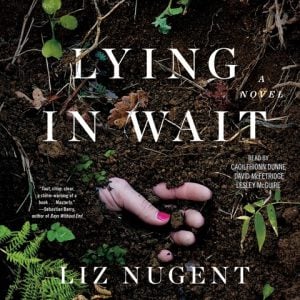 Shortly after, I listened to Liz Nugent’s LYING IN WAIT, narrated by Caoilfhionn Dunne, David McFetridge, and Lesley McGuire. Through the compelling performance of the three narrators, we get a view into the mind of a mother neurotically driven to hang on to her adult son and how her behaviors impact those around her. (I won’t say more and spoil the listen!)

In both audiobooks, we see natural motherly instincts turned up to the extreme, resulting in murder and mayhem.

Following along the theme of monster mothers is Tess Gerritsen’s I KNOW A SECRET: Rizzoli and Isles, Book 12, narrated by Tanya Eby. Dr. Maura Isles has to deal with her birth mother—who is an institutionalized serial killer. (Yikes.) 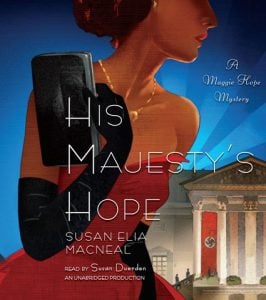 Taking scary moms to yet another extreme is Susan Elia MacNeal’s Maggie Hope series (the most recent is Book 8, THE PRISONER IN THE CASTLE). Susan Duerden has been the voice of Maggie Hope for most of the series. In HIS MAJESTY’S HOPE, an earlier book in the series, British spy Maggie has to go behind Nazi lines to bug the office of a high-ranking female Nazi officer who turns out to be her birth mother. (Double yikes.)

OK, OK, enough about mothers from hell. Mystery writers also acknowledge mothers who inspire their children to seek justice. Michael Connelly’s Detective Harry Bosch (the latest audiobook in the series is DARK SACRED NIGHT, narrated by Titus Welliver and Christine Lakin) notes the impact of his mother’s murder, when he was a child, on his guiding principle as a homicide detective that everyone counts or no one counts. 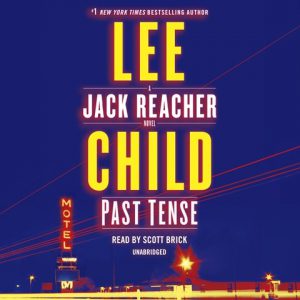 And even Jack Reacher, the hero of Lee Child’s long-running series, has a mother who plays a part in Reacher’s pursuit of justice. In the most recent book, PAST TENSE, narrated by Golden Voice Scott Brick, we get to learn a bit about Reacher’s father. But in an earlier book in the series, we learn that Reacher’s mother, a Frenchwoman, was a WWII resistance fighter as a teenager.

The takeaways for me are that mothers are powerful, and relationships with children are complicated—all of which makes for great characters and stories. It’s a lesson that, luckily for us audiophiles, mystery writers seem to take to heart.

Ellen Quint | May 20, 2019
Share This
More From Audiofile
The Many Mysteries of the Big Apple: Audiobooks Set in Manhattan
Ellen Quint | 05.06.19

Springtime in Manhattan—yes, this is a city of steel, glass, cement, and towering testaments to man’s need for architectural dominance. But in between those

Explore Colorado, Arizona, and California with Mystery Audiobooks from Out West
Ellen Quint | 04.08.19

Having traveled this past week to Denver and San Francisco, I thought I'd share some of my favorite mystery/thriller audiobooks that revel in the color, the light, and the

In my last Solve blog, I explored how post-9/11 thrillers capitalize on the fears and reality of our new normal, thus incorporating real-life events into fiction. Now, inspired 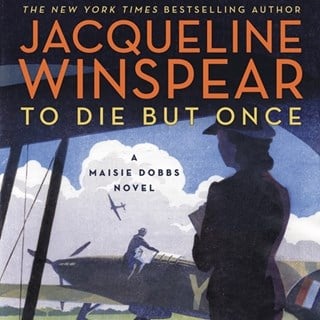 The voices of women crime solvers of the past
Ellen Quint | 03.26.18
Bold, brave, fierce women—amateur sleuths, trained medical professionals, photographers, and spies are the heroines in the historical mysteries that come to mind in celebration of