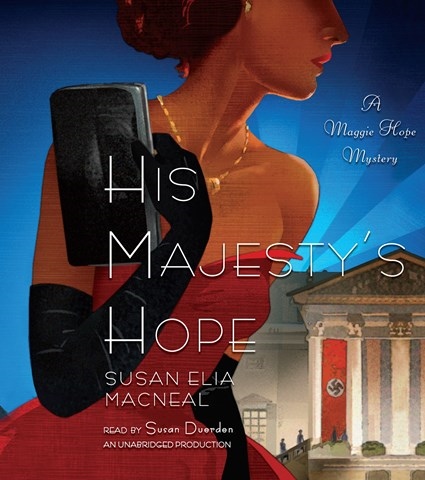 1941. Berlin’s warmest summer on record. Spunky British SOE agent Maggie Hope, chosen by Churchill himself, parachutes into Germany. She must deliver a radio part to a German resistance group AND bug the office of high-ranking Nazi official Clara Hess, who just happens to be her own mother. Susan Duerden slips from dispassionate narrative to completely involved characters so smoothly that listeners will be sure this is a full-cast production. Without striking a false note, Duerden integrates MacNeal’s carefully researched historical facts with Maggie’s indomitable spirit. Maggie discovers she has a German half-sister, Elise, a nurse working to expose Germany's genetic-cleansing program. Elise is also hiding “Mr. Mystery,” an injured English aviator. Duerden’s accents and attitudes make this Maggie Hope adventure top-notch listening. S.J.H. Winner of AudioFile Earphones Award © AudioFile 2013, Portland, Maine [Published: JULY 2013]