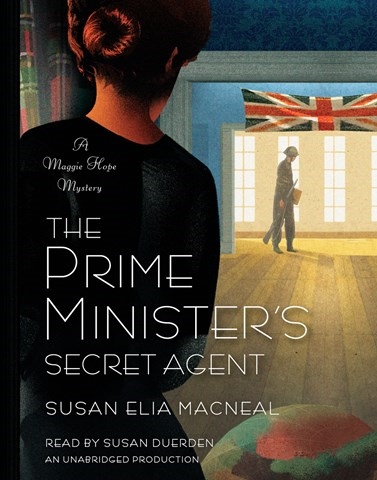 Narrator Susan Duerden can do it all: create a believable Winston Churchill as he rants at the U.S. before it enters the war; mimic a cat, causing listeners to look around for a REAL cat; and replicate a woman who has multiple personalities, including an accomplished soloist and a tiny girl. This latest foray finds Maggie Hope in the Scottish Highlands during WWII. Adding to the authenticity, MacNeal includes many real-life characters such as J. Edgar Hoover and Ian Fleming, who sound just as listeners imagine they should while Maggie's mixed British-American accent—since she's a daughter of both countries—is most convincing. This series is not only highly entertaining but also includes behind-the-scenes snippets about the war that are seldom heard. S.G.B. © AudioFile 2014, Portland, Maine [Published: JULY 2014]