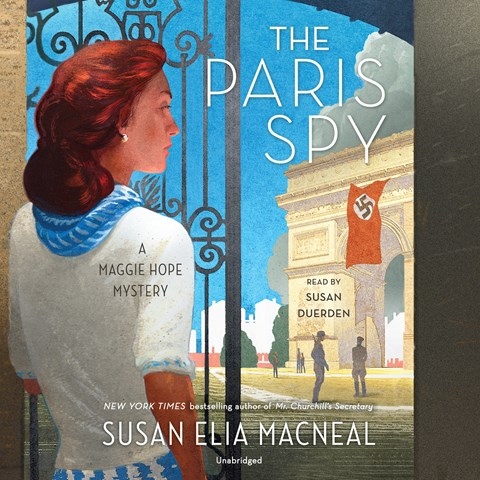 Narrator Susan Duerden expertly conveys the illuminating descriptions that author MacNeal invokes to immerse the listener in the dark days of Nazi-occupied Paris, where constant fear is palpable. Duerden convincingly portrays Winston Churchill, Adolf Hitler, Coco Chanel, and the heroine of the series, Maggie Hope, a British intelligence agent who is on a mission to find her half-sister and a potentially compromised fellow operative. Duerden draws on a full range of accents and attitudes to voice characters from many different countries while keeping the listener fully engaged in this suspenseful and sorrowful story. This is war, and listeners will be challenged to consider the ethics of sacrificing the few for the many. E.Q. © AudioFile 2017, Portland, Maine [Published: AUGUST 2017]