Home » Articles » Australian Crime Fiction Audiobooks: To the Outback and Back 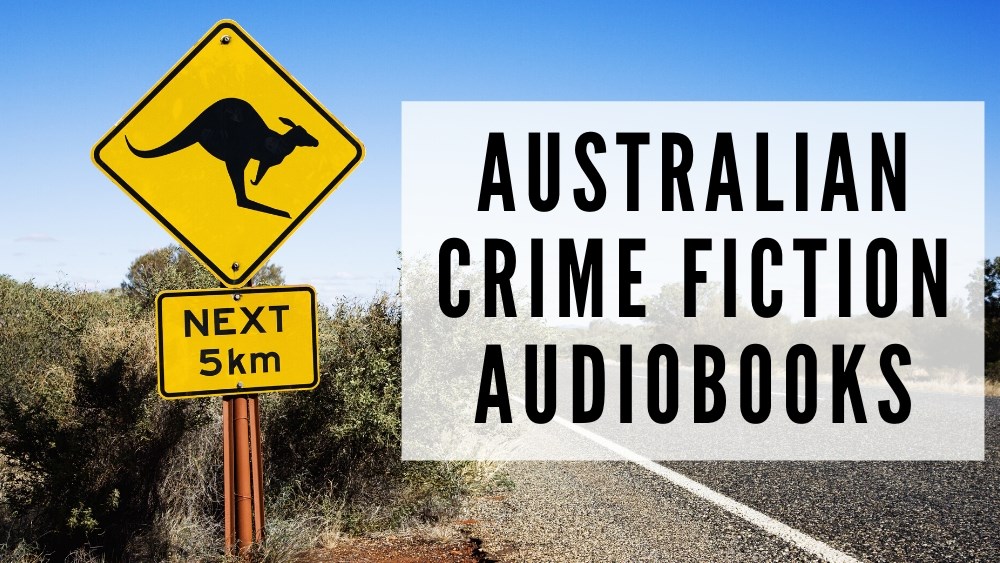 Australian Crime Fiction Audiobooks: To the Outback and Back 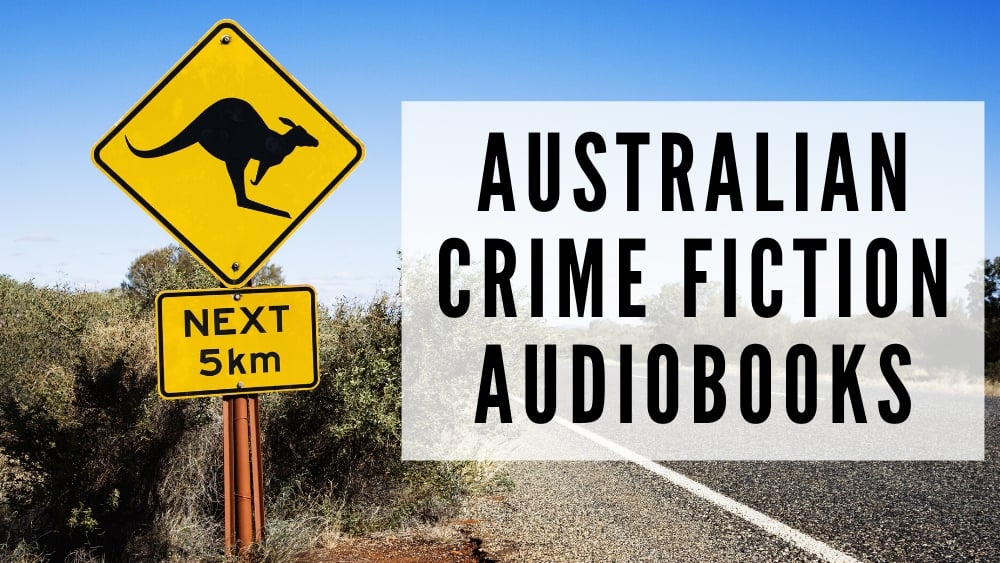 When I was planning out future blog posts a couple of months ago, I was thinking that during cold January in the Northeast, we might appreciate some heat from Australia, where they are enjoying summer. Now in the aftermath of the terrible bush fires there, I am sharing suspense/thrillers from Australia as a way to help us focus on that country in its challenging time. 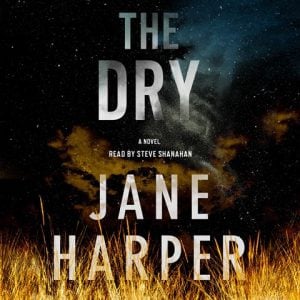 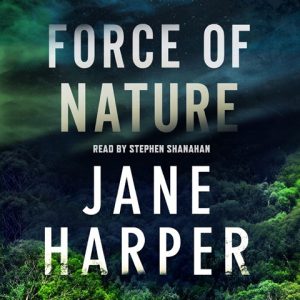 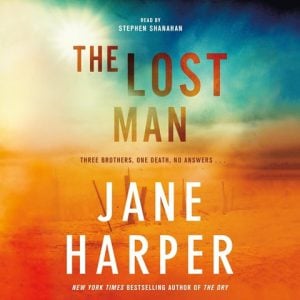 Australia has truly come into its own in terms of crime fiction. For stories set in the empty stretches of the rough interior, author Jane Harper is a standout in this Outback Noir genre. Her first two books, THE DRY and FORCE OF NATURE, feature federal agent Aaron Falk investigating murders in the Outback. Both books are narrated by Earphones Award Winner Stephen Shanahan, who brings his genuine Australian accent. You can learn more about Stephen in his Behind the Mic video.

Harper’s third book, THE LOST MAN, is a standalone novel and is also narrated by Shanahan. The benefit of listening to an audiobook is that you enter the world the author has created not just through the words, but through the accent, pace, and tone that the narrator provides—it’s an immersive experience. Harper’s writing coupled with Shanahan’s narration is totally captivating. The story is a combination of a family saga, mystery, and intensely evocative view into the harsh life on ranches in the middle of nowhere. Listeners will break out into a sweat hearing the description of December in the vast stretches of hot red sand dunes. 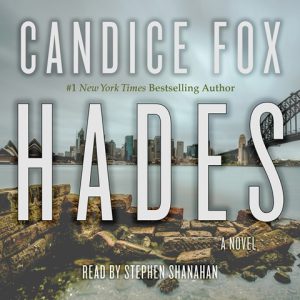 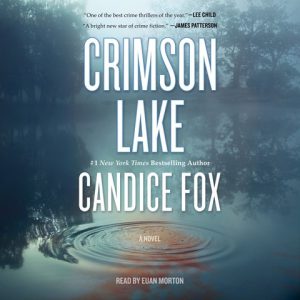 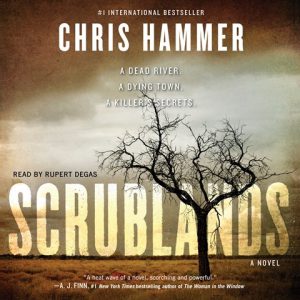 Fans of Stephen Shanahan might want to follow him from the Outback to Sydney for Candice Fox’s HADES, Book 1 in the Archer and Bennett series, which, with its supernatural undercurrents, is hardly your straight police procedural. Fox also writes another series which kicked off with CRIMSON LAKE; it takes place in Queensland and is read by Scottish actor Euan Morton.

Back in the Outback, which seems to hold particular fascination for crime writers and mystery/thriller fans, we have SCRUBLANDS by Chris Hammer, narrated by Rupert Degas. The setting is a drought-afflicted Outback town where journalist Martin Scarsden comes to investigate a mass murder. 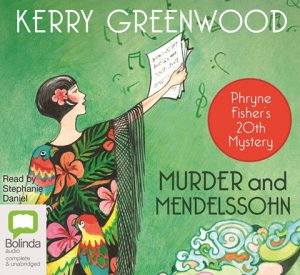 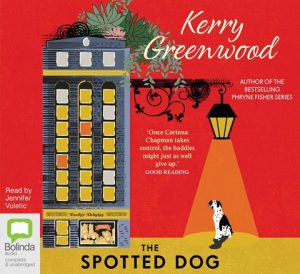 As an antidote to all the noir, Australia has also given us Kerry Greenwood, who won a Lifetime Achievement Award from the Australian Crime Writers Association for her Miss Fisher Mysteries series, which is set in Melbourne after WWI. I was introduced to her elegant, adventurous, and liberated protagonist, Phryne Fisher, through the wonderful TV series. The most recent audiobook (Book 20), MURDER AND MENDELSSOHN, was narrated by the late Stephanie Daniel, who won multiple Earphones Awards for voicing the series.

Greenwood is well into another series featuring Corinna Chapman, a modern-day Melbourne-based professional baker and amateur sleuth. THE SPOTTED DOG, the latest in the series, is narrated by Australian actress Jennifer Vuletic.

There is a long and growing list of Australian Crime writers to explore, so I will definitely return to this topic in a future post. In the meantime, my thoughts are with all of those in Australia who are suffering through the fires and their aftermath. Wishing you strength! 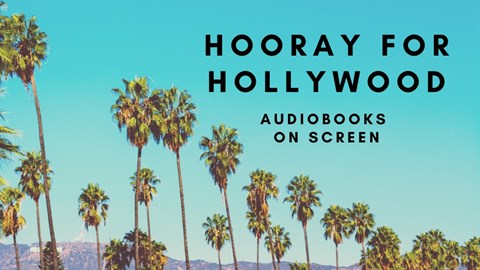 Hooray for Hollywood: Audiobooks on Screens Both Big and Small
Ellen Quint | 12.16.19
Finding myself in sunny Hollywood this week before the holidays brings to mind the opening verse of Irving Berlin’s White Christmas: The sun is shining, the grass is green The 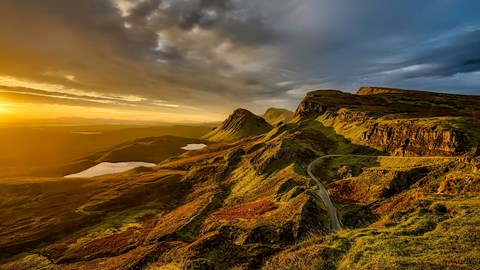 Tartan Noir: Discovering the Rich Offerings of Scottish Crime Audiobooks
Ellen Quint | 08.12.19
Having just spent several days with a wonderful colleague from Scotland, I find myself drawn into the world of Tartan Noir. It’s not just the lovely accent, but also the 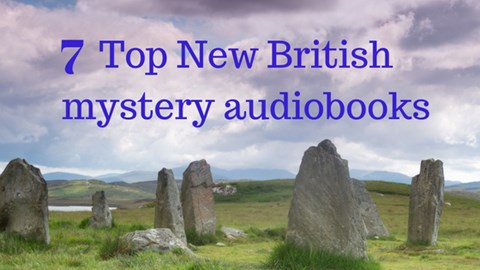 7 Top New British Mysteries
Robin Whitten | 06.15.18
Summer is the perfect time to relax with a great audiobook—and for me, I go first to British mysteries. I try to keep up with authors I don't know well—like Ruth Ware or Anthony 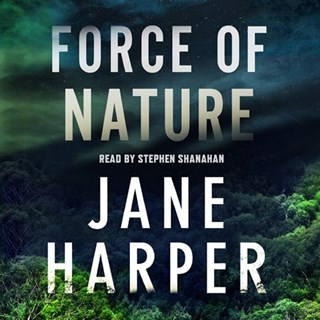 Behind the Mic: Force of Nature
AudioFile Editors | 03.10.18
Go with us Behind the Mic to speak with Australian narrator Stephen Shanahan. Stephen is the voice behind FORCE OF NATURE, Jane Harper's intense mystery audiobook. Stephen's