Audiobooks: THE DRESSMAKER’S GIFT; WHEN CHRIST AND HIS SAINTS SLEPT; STEPPING STONES: A Journey Through the Ice Age Caves of Dordogne; ANNA AND THE KING OF SIAM; THE VANISHING ACT OF ESME LENNOX; THE LAND BEYOND THE SEA


Anne is an accomplished, multi award winning British actress, with lead credits for stage, television, commercials, industrials, voice-overs, and audiobooks. Anne has garnered five Audie Award nominations, including "Running With The Bulls, My Years With With The Hemingways, “ by Valerie Hemmingway, three AudioFile Earphones Awards, an AudioFile Best Audiobook of the Year Award 2009, a Library Journal “Top 40 Best Audiobooks Award 2009, three Library Journal Starred Audio Awards, an ALA Award, and an ALA – Listen Alike Award. UK newspaper the "Independent" "The Ten Best Audiobooks " awarded to "The Churchills In Love And War" 2011. Anne has vast experience in the narration of Historical Fiction, Historical Romance, Literary Fiction, Contemporary Fiction, Fantasy and Non-Fiction works, especially those of a historical nature. Anne has a Whisper Room Home Studio, using Pro Tools, or is happy to travel.
See full audiography 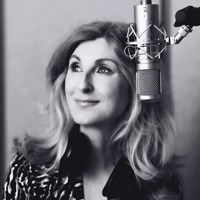