Audiobooks: A WITCH IN TIME; BEYOND THE SHADOW OF NIGHT; STOP BINGEING, START LIVING


Brittany Wilkerson is an actor and audiobook narrator based in Atlanta. She received her BFA in Acting from East Carolina University and studied at Steppenwolf West, Upright Citizens Brigade and The Groundlings. Some of Brittany's TV/Film credits include roles on The Resident, Atlanta, Claws and the upcoming film The Mulligan. Brittany has narrated over 60 audiobooks and finds great joy in lending her voice to this form of storytelling. Favorite genres include Romantic Comedies, Non-Fiction Health and Mindset, and Historical Fiction. 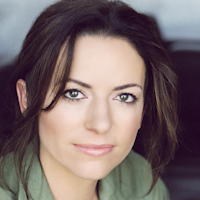