Audiobooks: MEANT TO BE; SISTERS OF NIGHT AND FOG (A WWII Novel); DARK PETALS OF PROVENCE; PATRICIA HIGHSMITH (Her Notebooks and Diaries); THE ARCHIVIST; THE INVISIBLE WOMAN


Caroline Hewitt has narrated 30+ audiobooks for publishers including PRH, Hachette, Harper, Blackstone, Bloomsbury, Dreamscape, and Recorded Books. She speaks excellent French--having majored in it at Vassar and lived in Paris, and basic German. Caroline learns new dialects quickly. She has a home studio. She has performed on Broadway, Off-Broadway, regionally, and on television. She loves to study history. 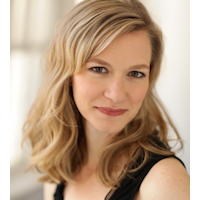