Audiobooks: THE STREETS; FEAR NO EVIL; MANCHILD (In the Promised Land); KING OF THE BLUES; BLACK & WHITE; HERE AND NOW AND THEN


Cary Hite is an actor and an Audie Award Nominated, Earphones Award Winning narrator from NYC. Since 2007, he’s had the pleasure of working with a number of publishing houses & producers. Some notable credits include:  Manchild: In the Promised Land, Four Hundred Souls, Pimp: The Story of My Life, The Future Is Yours, Spider-Man: Into the Spider-Werse, The Streets, and My Grandmother's Hands. 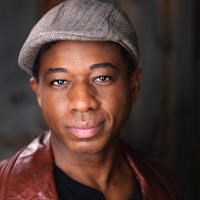