Audiobooks: CENSUS; OUT OF SEASON; THE INFERNAL LIBRARY; VIGILANTE; MY FATHER’S DRAGON; THE ONE IN A MILLION BOY


315+ career audiobook credits. His true love is Thrillers and Noir, but Chris seamlessly transitions to Sci-Fi, Fantasy, Drama, GameLit, and Romance, and History, Politics, and Sports in Non-Fiction. Reviewed by AudioFile Magazine over 20 times, Chris has received parts of 4 Earphones Awards, a SOVAS win on a multi-cast, two Audie nominations, and both an Odyssey and an Audie win on multi-cast productions. 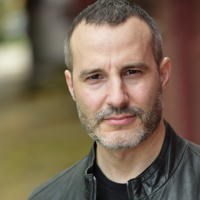