Audiobooks: THE SPEED OF LIGHT; BRAINSTORM (Detective Stories from the World of Neurology); CHAMPAGNE BABY (How One Parisian Learned to Love Wine and Life the American Way); ALL WOMAN AND SPRINGTIME; BEOWULF FOR CRETINS; HOW THE UNIVERSE GOT ITS SPOTS (Diary of a Finite Time in a Finite Space)


Christine has narrated over 150 books for Blackstone, Hachette, Brilliance, Zondervan, and Audible Studios, and was nominated for an Audie Award as a member of an ensemble cast. Known for her facility with language, her background in classical singing and Shakespeare stage acting gives her a nuanced approach to scenes of subtle drama, suspense, or high comedy. 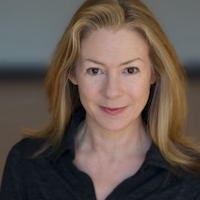