Fluent Languages: Not fluent but background in French and Russian

Audiobooks: THE HOUSE IN THE CERULEAN SEA; THE JOURNEYS OF TREES; SURRENDER YOUR SONS; A WALK AROUND THE BLOCK; SECONDHAND; CARY GRANT (The Making of a Hollywood Legend)


Daniel is an Audie Award Finalist, 3x SOVA nominee, Earphones winner and has over 130 published audiobooks in both non-fiction & fiction. A multi-award-winning director, writer, actor and producer (NAACP Awards, Ovations, LADCC, Telly), his work has been seen on HBO, CBS, NBC, ABC, FOX, MTV, Comedy Central. Henning was honored by the CA State Legislature for his work in LGBTQ+ Equality. 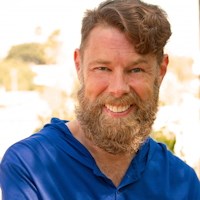