Elise Arsenault has recorded over 40 audiobooks. Her work can be seen on stages and screens across the country in industrials, commercials and film. Theatres include Merrimack Rep, Lyric Stage Co. of Boston, Imagination Stage, Adventure Theatre, and Ivoryton Playhouse. Television includes "Momsters: When Moms Go Bad". She has been a member of several Elliott Norton & Moss Hart award-winning productions. She has taught & directed with Washington National Opera, Synetic Theater and Missoula Children's Theatre. She is a graduate of British American Drama Academy and splits her time between New York & New England. 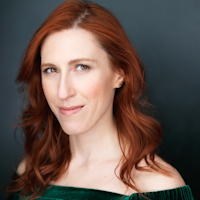