Audiobooks: SUSPECT RED; SERENGETI; IN THE LAND OF ARMADILLOS; UNDER A WAR-TORN SKY; THE TWELVE LIVES OF SAMUEL HAWLEY; BORN SURVIVORS


Elizabeth Wiley is a seasoned actor, dialect coach, theater professor, and a dedicated narrator. With over 30 years of award-winning acting and voice experience, she “excels at delivering the honesty, humor, and moments of introspection,” has “a bevy of voices at the ready” and “impeccably inhabits” her characters. 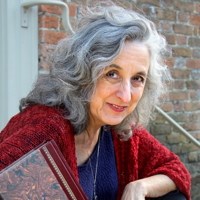