Audiobooks: KRISTIN LAVRANSDATTER; WE ARE NOT SUCH THINGS; THE MATCHMAKER; SIX CATS A-SLAYIN’; CODE GIRLS; THE SECRETS OF MY LIFE

Erin Bennett is a Los Angeles-based voice and stage actress whose passion for storytelling makes her a natural fit for audiobooks. Winner of multiple Earphones and Audie nominated, she narrated one of AudioFile’s “Best Audiobooks of 2016,” and has recorded 350 titles for major publishers, including Penguin Random House, Hachette, Macmillan, Harper, Podium, Blackstone, Recorded Books/Tantor, Brilliance, Dreamscape, and Audible. Her genres vary widely, from literary fiction to mysteries to science fiction to memoir, as well as nonfiction, multicast recordings and romance. Recent on-camera work includes Grandfathered on FOX and Children’s Hospital on Adult Swim, and her voice-over work spans animation, radio plays for the BBC, video games, and commercials for radio & television. 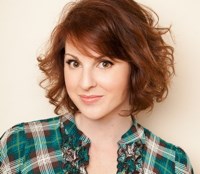