Esther Wane is a British narrator who has narrated over 250 books. She has won multiple Earphones awards and has narrated across a wide variety of genres. Among her titles are the Enid Blyton children's favourites: The Secret Seven Series and Malory Towers, one of her favourite books. "Tess of the D'Urbervilles" and the thriller "Anatomy of a Scandal," Netflix series coming soon! 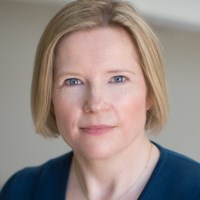