Audiobooks: MISCONDUCT OF THE HEART; THE BELOVED INVADER; NEW MOON RISING; LIGHTHOUSE; PASSPORT TO LIFE; WHAT I’M LOOKING FOR


Eve tells stories of rebel women with heart, smarts, (and sarcasm). Part of Audie & IAA nominated productions, she has performed on stage in NYC and New England. Eve grew up on the west side of Manhattan. Now she calls Montana home. The West, in any form, is in her blood. 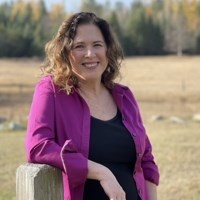