Gary Tiedemann is a bilingual Cuban-American narrator based in New York and Florida, but learned how to act in Chicago's improv, sketch-comedy, and theater scene. He came to audiobook narration after voicing countless commercials and videos over a twenty-year voice-over career. 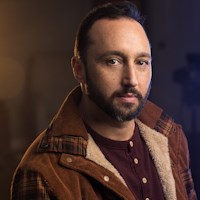