Winner of 2020 Best Audiobook General Fiction in the Independent Audiobook Awards for GULLAH SECRETS, finalist for Best YA for LUCIFER"SPRIDE. Nominated for Audies for Best Fiction and Best Female Narrator. Holly's lifetime career as performer also includes film, stage, and circus! She is the storyteller-host for Johnson Art Museum's Art Adventures and artist-residence for various schools and colleges. 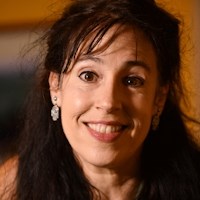