Jane graduated from Carnegie-Mellon with a BFA in acting. Her theater credits include performances in New York, Chicago, Los Angeles and regional theaters. She has guest starred and co-starred on television and in films and also spent some time behind the camera as Director of Media Relations and Promotions for Columbia TriStar Television as well as a publicist for CBS television. In addition to audiobooks, Jane has voiced commercials, corporate campaign videos and theme park rides. 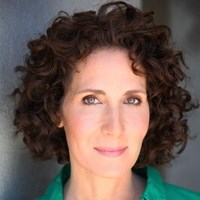