Audiobooks: REVOLUTION; FRENCH TWIST; AND THEIR CHILDREN AFTER THEM; THE WEREWOLF OF PARIS; DEATH IN BRITTANY; THE END OF THE OCEAN


Recipient of an Earphones Award with the cast of Muriel Barbery’s Gourmet Rhapsody, Jean Brassard is the narrator of more than 70 audiobooks in English and French (for both Quebec and Europe), including the English version of the Prix Goncourt 2018, And Their Children After Them by Nicolas Mathieu, Emmanuel Macron’s Revolution and a few James Paterson thrillers as well as Canadian Eric Dupont’s international saga The American Fiancee, the gothic cult tale The Werewolf of Paris, Canadian J.Robert Janes St-Cy and Kohler Mystery crime series. 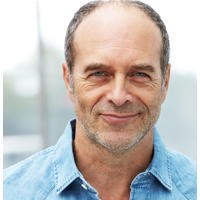