Jeannie, a classically trained actor and graduate of the University of Michigan Theatre program, has been acting in some form for over 20 years. She took a break to have children and try on some other careers before returning back to her passions: acting and literature. With over two dozen books recorded under her name and her pseudonym, Jeannie has launched into the industry with the down-to-earth sparkle she brings to the narration. Jeannie has the uncanny ability to relay an author's story with truth and rawness, opportune wit, and thoughtful introspection. 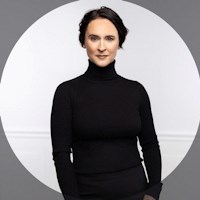