Jennifer Aquino, based in Los Angeles, works in film, television, theatre, and voiceover projects. Her theatre background includes performances at East West Players, The Actors' Gang, LaJolla Playhouse, Theatre West, El Portal Theatre, Center Stage Theatre, Victory Theatre, and Lodestone Theatre. Her voice has been described as: Grounded, Youthful, Refreshing, and Pleasing to the ear. Jennifer loves giving voice to young adults, and reading journeys of empowered women in romantic comedies, LitRPG, fantasy/sci-fis, and mystery/thrillers. She loves reading imperfect, flawed characters, who appear to be perfect on the outside, but then discover their weaknesses and vulnerabilities as their stories unfold. Jennifer's background in theatre and voice contributes to her narration in giving each character a unique life. She has gratefully worked with various publishers and producers, including Hachette, HarperCollins, Simon & Schuster, Audible Studios, Blackstone, Dreamscape Media, Tantor, Insatiable Press, and North Atlantic Books. 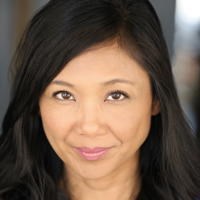