Jesse has garnered recognition for her expertly voiced characters and ability to bring forth the strength and truth of their stories. She has been lauded for her facility with dialects and accents, as well as her youthful tones. She is an Audie winner, multi-Earphones Award winner, and has been nominated for several SOVAS. She has also worked on numerous video game, animation, and commercial projects. 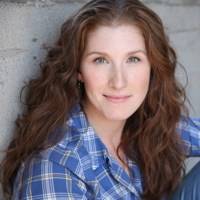