Working in a wide range of genres, Jonathan has recorded over 220 audiobooks across a range of genres, including the Audie Winning "Restart" and the Best of the Year "Little Failure." AudioFile writes, "Ross had to meet quite a challenge while narrating [a] memoir filled with humor, sarcasm, self-deprecation, and personal triumphs--and succeed he does in representing the author with pizzazz." (AudioFile, January 2014). Of his children's book character work, AudioFile has said, "Ross brings [the book] gleefully to life in the best Disney movie fashion." (AudioFile, November 2008). Jonathan has also provided the voice for many cartoons, including trying (and failing) to take over the world as the evil Marik in Yu-Gi-Oh! 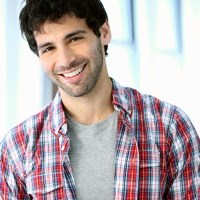