An Audie-winning narrator with over 650 titles, Justine has lived in far-flung corners of the world from Canada to the Philippines, France and England. Her smooth tones and facility with a world of accents allow this classically trained actress to bring personal and pitch-perfect audio renditions to life. She has appeared in a number of TV series from Two and a Half Men to Mad Men.
See full audiography
See editorial profile 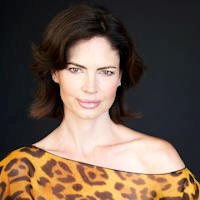