Audiobooks: JUST LIKE THAT; THE MORNING STAR; THINGS WE DIDN'T SAY; THE PRINCE OF SPIES; DRAWN BY THE CURRENT; FOR THE RECORD


Born and raised on Staten Island, Leah began telling stories and acting at a young age. After graduating from NYU's Tisch School of the Arts, she embarked on a successful career which has spanned Broadway, international concert stages, television, commercials, and now, audiobooks. Leah recently received an Earphones Award for her work on Gary D Schmidt's beautiful middle grade novel, Just Like That. 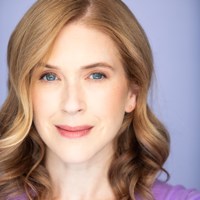