Marnye is a multi award-winning narrator for NY Times, WSJ and USA Today Bestselling Authors and has recorded over 120 audiobooks. A SAG-AFTRA Voice, Stage and Screen actor and Yale grad, she has lived in the south, Midwest and the North and performed across the globe. When she isn't narrating, she is acting, coaching, running her company, fishing and of course "moming" her identical twins. 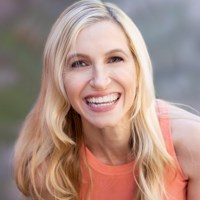