Recipient of multiple Earphones Awards and Audiofile Best Of 2016, Nan has narrated over 200 audiobooks. She is the recipient of L.A. Drama Critics Circle Award, L.A. Weekly Award and Stage Raw Award for “Wit” and “33 Variations.” She has performed on television/film and voiceover for over twenty years. Originally from St. Paul, Nan resides in L.A.
See full audiography 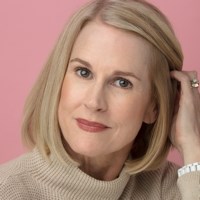