Audiobooks: THE 6:41 TO PARIS; LOLITA IN THE AFTERLIFE; MATER AND THE EASTER BUGGY; BATMAN AND PSYCHOLOGY: A DARK AND STORMY KNIGHT; SO YOU WANT TO SING IN GERMANY; RELIGION AND THE RISE OF CAPITALISM

After a decade singing leading opera roles across the U.S./Europe, Paul is an L.A. based voice actor & narrator. Narrating since 2017, with books from PRH, Harper Collins, Dreamscape, Blue Nose, and Disney. A NYC trained actor, Paul has acted in off-Broadway musicals, Shakespeare, many video games and Netflix series. 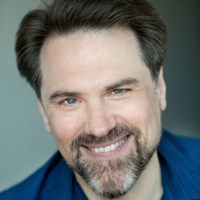