Audiobooks: UTOPIA AVENUE; DEAD GOD’S DUE; BASIL AND THE LIBRARY GHOST; LITTLE HISTORY OF POETRY; FRACTURE; OUT OF ABATON: THE WOODEN PRINCE


Ralph Lister is a native-British stage and screen actor. Over 10 years, he has narrated more than 400 single-voice and multi-cast audiobooks. He is a multiple Audie Award finalist/winner and Earphones recipient. Studied in Germany, lived in Spain and Hong Kong, survived a military coup in Turkey, and witnessed civil war killings in El Salvador.
See full audiography
See editorial profile 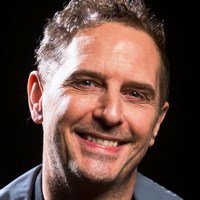