Audiobooks: THE CAT CAME BACK (The 9 Lives Cozy Mystery Series); PRINCESS OF BLOOD AND BLADE (Gods & Goddess of Labraid); THE AMERICAN LANGUAGE (An Inquiry into the Development of English in the United States); VENUS IN FURS; THE BRIDE PROGRAM (A Sexy, Humorous SciFi Alien Romance ); THE FAKER (A Marriage of Convenience Hockey Romance)


"Fresh out of college", "Articulate", and "a little snark" are some of the ways Rebecca's voice has been described. She grew up in Seattle, but spent much of her early adult life performing around the world, picking up various languages and accents. She holds BA degrees in Drama and Music from the U of Washington, and she studied improv comedy in Los Angeles. 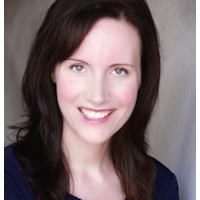