Audiobooks: WHAT DREAMS MAY COME; NEUROMANCER; LAST OF THE MOHICANS; MATTHEW’S STORY; BOOM!; THE POWER BROKER


“Rob brings to his narration not only significance but dignity and depth. He can make a character come alive with just a few well-chosen strokes”--AudioFile. Trained at Yale Drama School, and has appeared on Broadway, TV, and the occasional film. Rob performs at dozens of major US theaters - lots of Shakespeare.  He records for Random House, Blackstone, Dreamscape, Christian Audio, Tantor, Audible, Penguin, Books on Tape, Scholastic, The Library of Congress and others.  He lives in LA.
See full audiography
See editorial profile 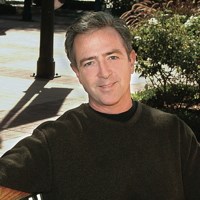