Audiobooks: THE GOLDEN BOWL; THE BOY IN THE SUITCASE; BLOODY JACK; THE INCORRIGIBLE CHILDREN OF ASHTON PLACE: THE UNSEEN GUEST; PRIDE AND PREJUDICE AND ZOMBIES; HER ROYAL SPYNESS


Sandy Smith has recorded over two hundred audiobooks. She is a multiple winner of the Audie Award (including three for Best Solo Narration – Female), and among her titles are five recipients of the American Library Association’s Odyssey Honor, as well as numerous AudioFile Earphones Awards, Publishers Weekly Listen Up Awards, and ForeWord Magazine’s Audiobook of the Year. She has been named a Voice of Choice by Booklist Magazine, and is on AudioFile Magazine’s list of Golden Voices. 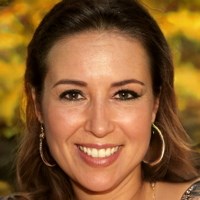