Sarah Mollo-Christensen is a stage and voice actor who has appeared on notable regional stages including the Folger Theatre and the Shakespeare Theatre Company in Washington, D.C. She received her BA from Dartmouth College and went on to graduate from the Atlantic Theater Company's Acting Conservatory in New York. She has recorded over 150 audiobooks, and her narration can also be heard on programs such as public radio's This American Life. 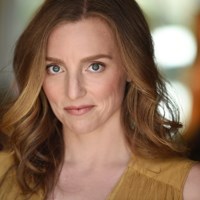