Audiobooks: DEMOCRACY LIVES IN DARKNESS; WHEN THEN BECAME NOW; EMILY WINDSWEPT AND THE PIRATE PRINCE FOR LEARNING ALLY; THE CANDIDA DIET SURVIVAL GUIDE; THE ULTIMATE PLANT BASED DIET AND VEGAN COOKBOOK; KUNDALINI AWAKENING: THE COMPLETE COLLECTION


Engaging, warm, and dynamic vocal range. Sarah Welborn has been acting for the past twenty-five years, and her credits include theatrical and film productions in Los Angeles, Chicago, and Las Vegas. She is a proud member of SAG-AFTRA. Sarah has trained at some of the best acting schools in the country, including The School at Steppenwolf Theatre in Chicago, The Groundlings School, and The Second City. Sarah graduated cum laude as a film production major at CSUN, one of the top twenty-five best film schools in the country. She brings the creative and technical skill set necessary for seeing projects through from pre to post production. As a life-long storyteller, avid reader, and lover of bringing characters to life she is thrilled to collaborate on your project! 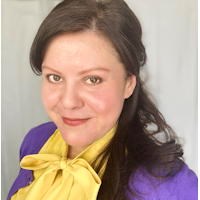