Simon Jones has an impressive record of Broadway, movie, radio, and television credits, including “The Hitchhiker’s Guide to the Galaxy” and "Brideshead Revisited". Currently he is a series regular on HBO’s “The Gilded Age,” as Bannister, the butler. Narrator of more than 50 books, he was recently recognized by AudioFile magazine as a Golden Voice, and has garnered several Earphones Awards. Vastly entertaining whether reading Peter Mayle, Douglas Adams or Cornelia Funke. 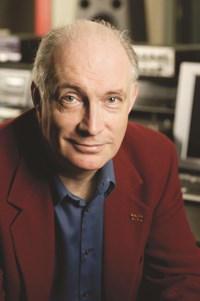