Audiobooks: THE EMPIRE OF GOLD; THE MARRIAGE GAME; ARU SHAH AND THE SONG OF DEATH; INTERNMENT; THAT GOOD NIGHT; HIS ONLY WIFE

Soneela is an award-winning narrator with 200+ titles. She has garnered 9 Earphone awards, Audie and SOVAS nominations. Her audiobooks have been featured in Best Audiobooks lists by AudioFile Magazine (2016, 2019) and The Washington Post (2018, 2020). She is adept at accents and has narrated works in many genres. 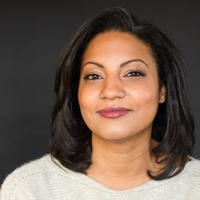