Stephanie Nemeth-Parker has been acting for over 30 years, doing voiceovers for 10 and has recorded over 70 Audiobooks. She is a Finalist in 2 categories of the 2021 Independent Audiobook Awards in LitRPG and Thriller/Mystery. A second generation Cuban American, she has an ear for accents and loves flexing those muscles in her romance, thriller and LitRPG reads. 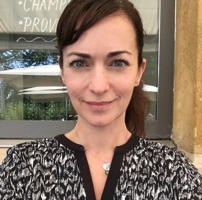