Audiobooks: IN THE WOODS; THE GROUND BENEATH HER FEET; SHARPE'S FURY; THE COLOUR OF BLOOD; DOCTOR ILLUMINATUS; REVELATION


An Actor with a career in Theatre, Television, Film and Radio Drama, Steven is a full Graduate of the Royal Academy of Dramatic Art in London. He has narrated over 400 AudioBooks and is the recipient of 9 of Audiofile's EARPHONES awards and an AUDIE AWARD. 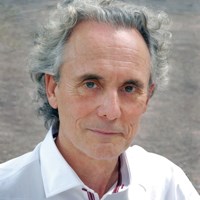