Audiobooks: GROUNDED: The Adventures of Rapunzel; THE GAME OF LOVE AND DEATH; THE REGIONAL OFFICE IS UNDER ATTACK; HOUSE OF DREAMS; TOGETHER FOREVER; THE SECOND LINE OF DEFENSE: American Women and World War I


Susan Hanfield is a three-time Audie Award Finalist (2014, 2015, 2017) and was also recognized in 2016 with a Voice Arts Awards Nomination. She comes from a strong classical theatre background and brings deep characterizations to all of her work. Her audiobook titles span many genres, including Historical Romance, Young Adult, Faith-based Inspirational, Classical Literature, Science Fiction and Nonfiction. In addition to recording audiobooks, Susan can be seen in film, on stage and in commercials & print. 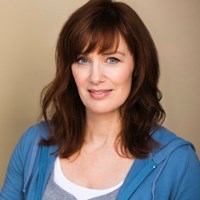