Audiobooks: THE IMPOSTER BRIDE; ILLUMINATIONS; WE ARE WATER; SING THEM HOME; THE SHAPE OF MERCY; THE OBITUARY WRITER


Multiple Audie nominee and Earphones and Parent’s Choice Award-winning producer, narrator, and writer Tavia Gilbert has appeared on stage and in film. School Library Journal has called her performances "as close as you can get to a full cast narration with a solo voice." She has narrated over 300 audiobooks. 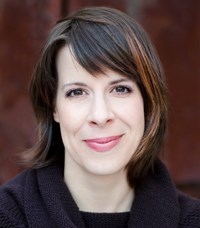