Audiobooks: I JUST HAVEN’T MET YOU YET; WHAT YOU DO TO ME; THE SIX RULES OF MAYBE; ROYAL HEIR; HOW TO SAY GOODNIGHT IN ROBOT; LITTLE WONDERS

Teri Clark Linden is an Earphone Award winner and enjoys narrating a variety of genres. Teri has a BA in Theatre has acted in numerous plays, films and voice projects. When not in her recording booth she can be found wearing a Hockey Mom hat and being bossed around by two German Shepherd Dogs. 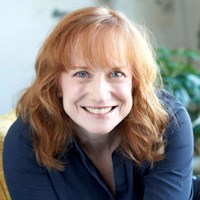