Tim Gerard Reynolds trained at the Samuel Beckett Centre, Trinity College Dublin. Theatre work has taken him from Abbey Theatre, Dublin, to the London Stage, the Official Avignon Theatre Festival, Regional US Theatre and On and Off Broadway. Reynolds grew up listening to radio-drama, and BBC Radio 4's Book at Bedtime. Tim also studied for a BFA, majoring in Painting, at the School of Visual Arts in New York City, and keeps abreast with contemporary art theory and art history. He lived in Italy on and off over a 10 year period. Tim is also an ordained, lay Zen practitioner, studying under Roshi Enkyo O'Hara at The Village Zendo in NYC. Hobbies include hiking the wild places of the US, and rock-wall climbing, gluten-free baking, and binge-watching television. 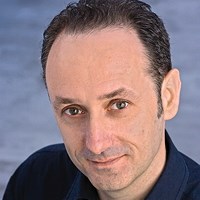