Audiobooks: OVERKILL (When Modern Medicine Goes Too Far); CANARY IN THE COAL MINE (A Forgotten Rural Community, a Hidden Epidemic, and a Lone Doctor...); PARIS, CITY OF DREAMS (Napoleon III, Baron Haussmann, and the Creation of Paris); THE NEVADA JOB (A Case Lee Novel, Book 7); SOLO INTO THE RISING SUN (The Dangerous Missions of a U.S. Navy Bomber Squadron in World War II); GROWING INTO GOD (A Beginner’s Guide to Christian Mysticism)


I've had a 30+ year career as an actor, doing theatre, film and television, and the occasional commercial. I love working out of my home studio. My primary focus is on non-fiction, but I'm pretty handy with multiple characters and accents for fiction as well. 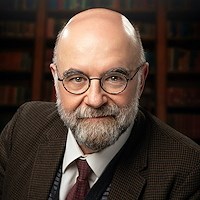